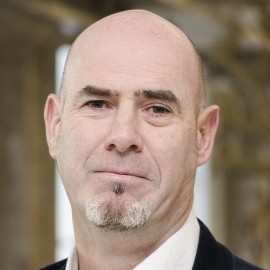 As a parent of two teenagers, my favourite quote is: “Adolescence is when parents become a nuisance”

Thijs van Vugt is Director Analytics and Consulting at Studyportals and partner in iE&D Solutions. He has over 32 years of experience in international education, 16 of which as a consultant. Thijs worked at Tilburg University in the Netherlands between 1989 and 2006 in various capacities, both at central and faculty level. He also worked for the ERASMUS Bureau in Brussels for 6 months in 1993-1994. In early 1995, he moved to Britain to work for Sheffield Hallam University for 18 months. In 1997, he became Head of the International Office of the Faculty of Economics and Business Administration at Tilburg University.

From 2006 until 2009 Thijs was partner and director of StudyWorld (Netherlands) BV, a student recruitment agency and IELTS Testing Centre in the Netherlands, which was sold to Kilroy in Denmark. From October 2008 until May 2011 Thijs was the Interim Head of Marketing, Communication and Admissions of the Institute for Housing and Urban Development Studies of Erasmus University Rotterdam. From September 2011 until January 2013 he acted as Head of Marketing for RNTC. From July 2011 until September 2015 he was Senior Account Manager at Studyportals.

Thijs is the founder of the Professional Section on Marketing & Recruitment of the European Association for International Education (EAIE) and has been Chair of M&R from 2002 to 2008. From 2004 to 2008 he also was a member of EAIE’s Executive Board. Thijs served on EAIE’s Conference Programme Committee in 2010 and 2011. In September 2009, Thijs was awarded the Bo Gregersen Award for Best Practice of the EAIE.