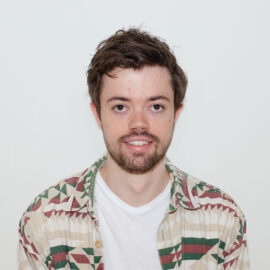 Without data you’re just another person with an opinion.

Robert Lintzen works part-time as an Assistant Data Analyst and is responsible for both analysing data through visualisations as well as preparing the data. Currently, Robert mainly works as a Data Engineer for the Analytics and Consultancy Team (ACT), preparing the big-data infrastructure and the data to be analysed by the Data Analysts. Robert joined Studyportals in February 2017 for his Bachelor’s Thesis in Forecasting International Mobile Student Enrolments after which he joined the ACT team in September 2017 in his current role.

Previously Robert completed a Bachelor’s in Industrial Engineering at the Technical University of Eindhoven (TU/e). Currently, Robert is pursuing a Master’s in Operations Management and Logistics – Data Intensive Industries at the TU/e. Additionally, Robert used to lead a team of Data Analysts in the European student network ESTIEM (European Students of Industrial Engineering and Management) where he currently is in the student board as a Vice-President of Finance.